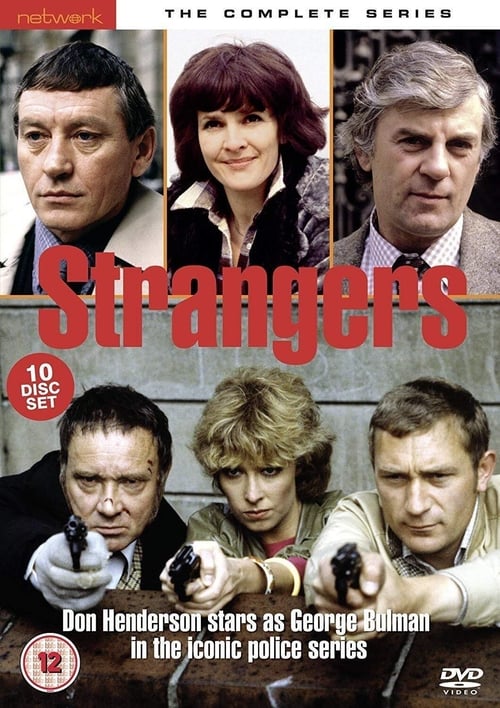 Strangers is a UK police drama that appeared on ITV between 1978 and 1982. After the success of the TV series The XYY Man, adapted from books by Kenneth Royce, Granada TV devised a new series to feature the regular characters of Detective Sergeant George Bulman and his assistant Detective Constable Derek Willis. The result was Strangers. The series began as a fairly standard police drama series with Bulman as its eccentric lead. Its premise was that a group of police officers have been brought together from different parts of the country to the north of England. There, the fact that they are not known locally gives them the opportunity to infiltrate where a more familiar local detective could not. Initially, the team consisted of Bulman, Willis and Linda Doran. Their local liaison was provided by Detective Sergeant David Singer; their superior was Chief Inspector Rainbow. Despite being based around a comparatively small team of detectives, a regular feature of the programme in its early years was that few episodes featured the entire team, with most using just two or three of the regulars in any major role.

How and where to watch Strangers