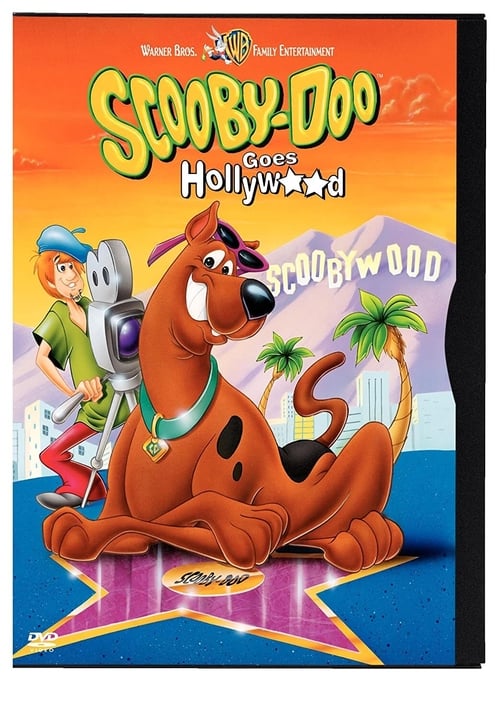 Scooby Goes Hollywood was a prime-time hour-long television special starring the cast of Hanna-Barbera's Saturday morning cartoon Scooby-Doo. It was originally broadcast on ABC on December 13, 1979. A musical-based parody of both the Scooby-Doo formula and of Hollywood in general, the storyline centered on Shaggy convincing Scooby that both of them deserve better than being stars in what he considers a low-class Saturday morning show, and attempts to pitch a number of potential prime-time shows to network executive "C.J.", all of which are parodies of then-popular TV shows and movies such as How The West Was Won, Superman, Happy Days, Laverne and Shirley, The Sound of Music, The Love Boat and Charlie's Angels. Caught in the middle of this entire ordeal are Fred, Daphne, Velma, and also Scooby's loyal Saturday morning fan base; all of whom convince Scooby to come back to his Saturday morning TV show. The special was first released on VHS by WorldVision Enterprises in the 1980s, and is currently available on DVD from Warner Home Video.

How and where to watch Scooby Goes Hollywood