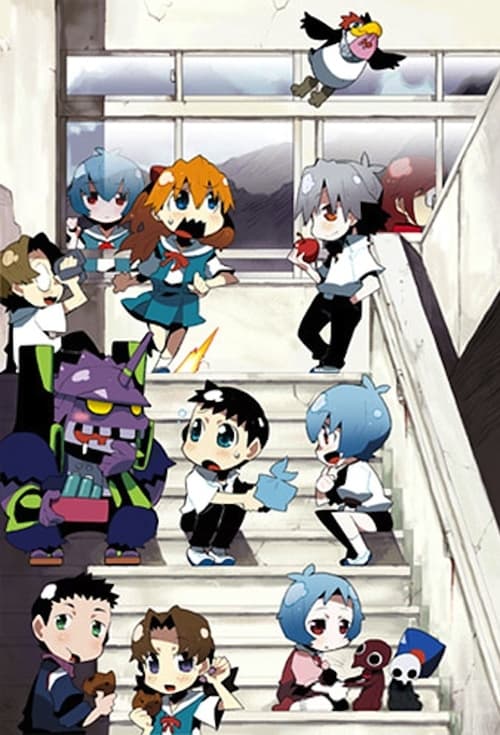 The series is a parody of Neon Genesis Evangelion, in which the entire cast of the original series are now everyday students going to junior high school together at Tokyo-3. The series features three Rei sisters: one is a child younger than the rest based on Rei 1, the second is based on Rei 2 (the Rei seen for most of the normal series), and the third Rei is actually based on the hyperactive and klutzy Alternate Rei (seen in the alternate-reality dream sequence from the final episode of the original series). Further, Evangelion Unit 01 itself is one of their classmates, but this time as a human-sized robot who acts as something of a class bully. Even the Jet Alone robot is re-imagined as a character on the series.

How and where to watch Petit Eva: Evangelion@School