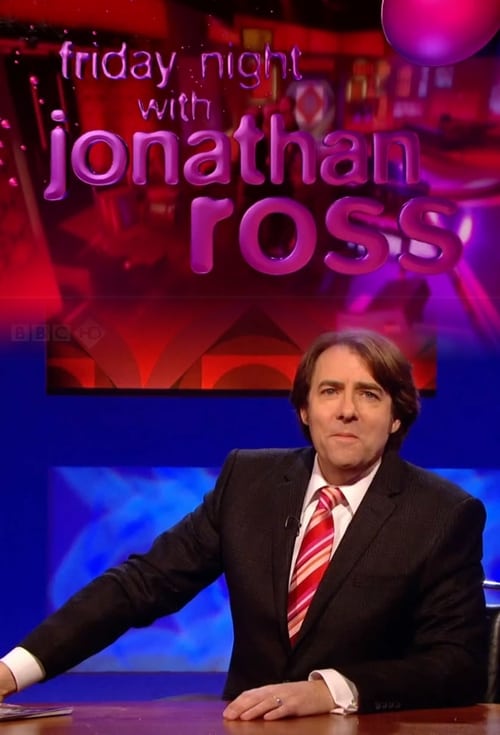 Friday Night with Jonathan Ross was a British comedy chat show presented by Jonathan Ross. It was first broadcast on BBC One on 2 November 2001. The programme featured Ross's take on current topics of conversation, guest interviews and live music from both a guest music group and the house band. The show began its final series in January 2010, and ended on 16 July 2010. The most frequent guests were Ricky Gervais and Jack Dee, Eddie Izzard, Jeremy Clarkson and Jimmy Carr. Johnny Vegas, David Attenborough, Stephen Fry and Simon Pegg all appeared in five episodes and Robbie Williams in four episodes. Since 2009 until its ending, the programme was broadcast in high-definition on BBC HD. Studio TC4 in the BBC Television Centre in London, where the show was made, was upgraded to HD, making it the third television studio in Television Centre to be upgraded to HD. The show was pulled by the BBC on 29 October 2008 when Ross and Russell Brand were both suspended from their TV and radio shows, in the events after the Russell Brand Show prank telephone calls row. The show returned on 23 January 2009, attracting 5.1 million viewers. The final 275th episode was broadcast on 16 July 2010.

How and where to watch Friday Night with Jonathan Ross