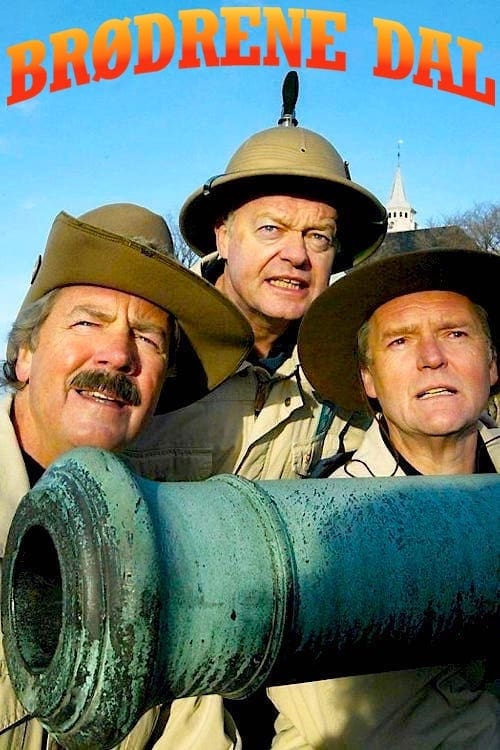 Brødrene Dal is a Norwegian comedy/sketch-comedy series by Norwegian humour trio KLM, that originally aired as four series in 1979, 1982, 1994 and 2005. A fifth adventure, originally performed on stage in 1997, was edited and released as a movie in 2010. The series bears many similarities to Monty Python's Flying Circus, as the three actors play nearly all the different roles in the series, often multiple roles in each episode. Usually, the series would have a main plot keeping the story and episodes together, but most of the content being semi-related or unrelated sketches. This is especially true for the first series Professor Drøvels Hemmelighet, where the story frequently diverges from the main plot for entire episodes, only to jump back to the plot in the last minute. In the other series, the story is more centered around the actual plot.

How and where to watch Brødrene Dal